A Reflection for Easter 6 from Fr Paul

A REFLECTION FOR EASTER 6

I have often found myself in past years on holiday in a foreign country, tired and hungry, in search of something to eat. Despite the abundance and enormous variety of food on offer, finding something to eat is not always that easy if you do not speak the language. Yes, you can get out your tourist phrase book, and look it up, but if you are tired this can be such a hassle and a bore. Like the time once in France in a remote Pyrenean mountain village, I ordered what looked to be a very exciting dish on the menu – something called “Gesirs de Dinde” only to find that I had ordered a huge plate of turkey gizzards!

This made me think of those plastic replicas of menu food items which are now quite common in some foreign eateries, and they can be helpful, although they look far from appetizing. How something looks is suggestive of whether one would want to eat it, despite what my mother always told me about eating with my eyes, but the ingredients remain unknown. 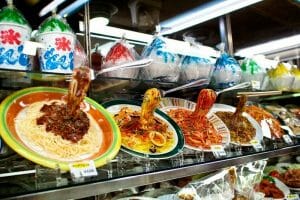 I confess. I have almost gone to a McDonald’s on the theory that I was too jet-lagged to have to deal with the unknown. In retrospect, if I wasn’t going to go with McDonald’s, I should have taken my chances on a plastic replica of something completely unknown or at least a faded photograph of a meal that looked reasonably familiar, not like the wonderful dish described in a Vietnamese restaurant window menu I dined in once in Lourdes, France – which described not Pork Chop stuffed with Crabmeat, but pig farced with crabs!!

Imagine then in today’s first reading St Paul arriving in Athens and being invited by the Athenians to view the altar of the unknown God (Acts 17:22-31). The Athenians were clearly acquainted with the idea that there could be something divine beyond their knowledge. Paul had observed that they had erected an altar “to an unknown god.” But Paul also observed that given a choice between the known and the unknown, the Greeks tended to choose the known.

Who can blame them? We are so fond of saying “Better the devil you know, than the devil you don’t know.” The future is just about all the unknown we either can or cannot cope with, and even with that we do our best to minimize the unknown through resorting to horoscopes and tarot cards and other such nonsense.

I think that we moderns share this basic human trait with the ancient Athenians. We, as they, prefer our divinity, our God or gods safely packaged – appropriately in gold or silver – but also in containers of our own construction. We, as they, prefer our humanity that way too, safely packaged in prejudices and in systems of our own construction, even if we are fond of attributing those constructions to God.

But interestingly St Paul will have none of it. He introduces the Athenians to a God of the unknown, one that cannot be constrained in any construct of human making, whether a shrine made by human hands or by human prejudice. It is not just that Paul exhorts the Athenians to trade the gods they know for the God he knows. He asks them to trade the gods they safely know for the God who by nature cannot be known at all. This may sound crazy, for if we can never know God why bother we might ask?

It is true that the God St Paul introduces them to is the God whose name has been revealed to Moses. “I will be what I will be.” “I am who I am.” Now that is not a big help, but it is true that the God he introduces them to is also the God who is made known in the resurrection of Jesus in the complexity of the empty tomb. But this means that humanity – even with all the safe categories of human prejudice needs to be taken out of our comfort zone, and thus begins a quest beyond the comfortable, but where to try and know the real God we have to go. For as St Paul says, “God has made of one blood all the peoples of the earth”

The God of St Paul – even the God we struggle sometimes to love, the God we also struggle so often to worship week by week, the God we struggle with only limited success to know and describe – it turns out, cannot be fully known, at least not in simple human terms, no matter how much we may wish it. Why? Precisely because the true reality of the living God will always elude our small minded and limited grasp.

Our Gospel today assures us that in the search for God we meet Jesus – the one who reveals God to us. “In a little while the world will no longer see me, but you will see me, because I live, and you will live.”

Seeking the unknown God, after all, is why we travel life’s journey in the first place, whether to Athens or to France, England, Bali, or Hong Kong, or that journey to the fullness of God. Over and over what we find on that journey of discovery is that the plastic replicas we see and meet in life just do not do the unknown God justice. The unknowing of God is not a problem, it is a reminder that we seek a God that is bigger than we are, that will always elude our grasp, and that we can never tame that God and lock him in a cage of Gold. 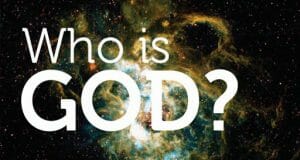 Let me quote to you a favourite song of mine by Sydney Carter who also gave us the popular song “Lord of the Dance”.

Catch the bird of heaven,
Lock him in a cage of gold;
Look again tomorrow,
And he will be gone.

Lock him in religion,
Gold and frankincense and myrrh
Carry to his prison,
But he will be gone.

Temple made of marble,
Beak and feather made of gold.
All the bells are ringing,
But the bird has gone.

Bell and book and candle
Cannot hold him anymore,
For the bird is flying
As he did before.

Someone once said, “Those who believe that they believe in God, but without passion in their hearts, without anguish in mind, without uncertainty, without doubt, without an element of despair even in their consolation, believe in the God idea, not God himself”.