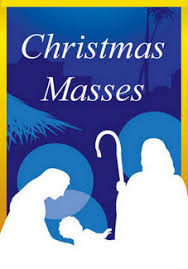 Fr Paul was taken into hospital by ambulance during the early hours of Thursday 26th November with a very badly infected gall bladder. He was then sent home that same evening only to see his situation deteriorate and after a week in bed at home was taken back into hospital for a five day stay until the infection was brought under control with strong antibiotics and pain meds.

He is now home and very slowly regaining strength and energy. The doctors informed that only a few more hours untreated and sepsis would have taken over.

He is off duty until at least until the beginning of January.

He thanks all parishioners for their cards, prayers and flowers.

December 20th  Advent 4    Parish Mass at 9:30AM with Fr Michael Morris.
December 24th
The First Mass of Christmas will be at the earlier time of 10:30PM with the Blessing of the Crib.
December 25th
Christmas Day Sung Mass will be at 10:00AM